(JUNEAU, Alaska) – The M/V Matanuska returned to Prince Rupert, British Columbia, in the late evening of Monday, June 20, 2022, ending a nearly three-year service interruption due to new border requirements and the ongoing pandemic. Eighty-three passengers and 39 vehicles arrived at the port at approximately 11:15 p.m. After unloading, 107 passengers and 55 vehicles embarked for Ketchikan at 2:15 a.m., Tuesday, June 21.

“I’m pleased to announce that, through our department’s efforts, and our partnerships with the Canadian government, and the U.S. Customs and Border Protection, we are sailing to Prince Rupert again,” said Commissioner Ryan Anderson, Alaska Department of Transportation & Public Facilities (DOT&PF). “Prince Rupert is a valuable mainland link for Alaska, and we intend to keep it open for travelers in the years to come.”

A 2019 Land, Rail, Marine and Air Transport (LRMA) agreement, between the U.S. and Canada requires that the Prince Rupert terminal become a preclearance facility, making it the first marine preclearance port in the nation. The new designation allows for ease in travel and trade between both the U.S. and Canada, which share one of the longest borders in the world. Some changes to the facility were needed, however, including high speed data into the terminal, the installation of a U.S. government approved weapon and document safe, and the installation of a security system for the terminal building. Further upgrades to the terminal building and grounds will be required over the next two years.

“Prince Rupert is an important connection for commerce and passenger traffic in the Alaska Marine Highway System, especially for southern Southeast Alaska,” said Governor Mike Dunleavy. “There are significant cultural and family ties that will benefit from this service. I anticipate increased service in the future now that federal requirements in both Canada and the United States have been met.”

The M/V Matanuska will visit the port twice monthly from June through September 2022. Customers can make reservations online at FerryAlaska.com, or may call the AMHS reservations call center at (800) 642-0066. Find summer schedules for the Matanuska (which also serves the Port of Bellingham, WA) HERE.

Prince Rupert is the last stop on Canada’s east-west Highway 16, about 900 road-miles northwest of Bellingham, Washington. The community is 91 nautical miles southeast of Ketchikan or approximately six hours by ferry. Prince Rupert was the original southern terminus of the Alaska Marine Highway from 1963 until AMHS extended its route to Seattle in 1967.

AMHS ended service to Prince Rupert in October 2019 while both governments were working through pre-clearance requirements. The COVID-19 pandemic complicated efforts to restore the Prince Rupert connection, however AMHS continued discussions with both the U.S. CBP and Canada Border Services in order to resolve the issues. 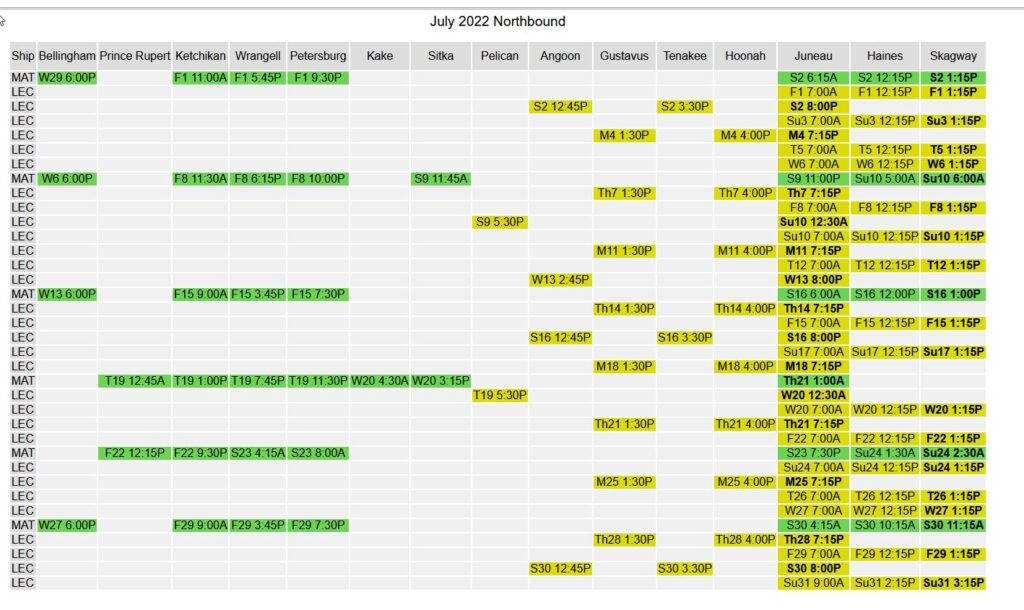 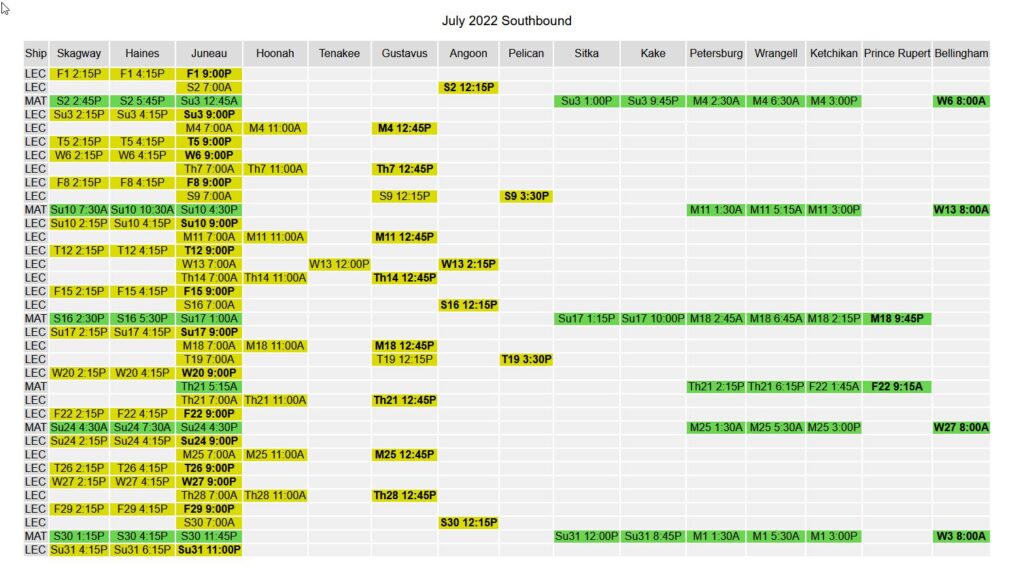 For Sale: F/V JAM IN

Get a Strong Start

Senior Walkers are back in Action!