The federally recognized government for more than 4,000 tribal citizens who are primarily of Tlingit, Haida, and Tsimpsian heritage

Sitka Tribe of Alaska (STA) is an Indian Reorganization Act Tribal government. Our nine-person Council is composed of individuals elected by the Tribal Citizens. The Council supervises a General Manager hired by and serving at the will of the Council. Prior to 1993, STA operated its basic services programs through Public Law 93-638 Indian Self- Determination Act contracts. Shortly thereafter, the Tribe entered a Self-Governance Compact (authorized by Public Law 100-472) and has since negotiated an annual funding agreement with the U.S. Government for general operations and provision of a variety of programs including employment rights, natural and cultural resource protection, higher and vocational education, domestic violence prevention, social services, and more. STA employs an outside accounting firm to conduct an independent audit of each year’s transactions and holdings. 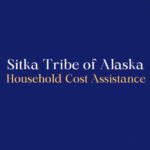 From Sitka Tribe of Alaska

Sitka Tribe of Alaska citizens experiencing financial hardship due to the COVID‐19 pandemic are eligible to apply for up to $700 in assistance with housing‐related costs.   Under the American… 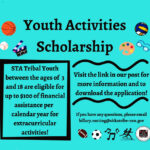 From Sitka Tribe of Alaska

The STA Youth Activities Scholarship is intended to assist our STA tribal youth by encouraging participation and alleviating the costs of extracurricular activities such as sports, music, art, and school…

With Sitka Tribe of Alaska

Looking for bus drivers for “The Ride” and also a Transportation Manager – both jobs are benefited, with competitive pay and job training available. View job descriptions HERE…